The Jerry Lewis MDA Labor Day Telethon is right around the corner. In-House Production, working with one of the Scenery Stage Companies in Las Vegas has supplied 12" x 12" aluminum stage truss and 30" x 30" aluminum base plate. As we know with load-in, rigging goes up first and this is where it start. Small photo of truss used for cable runs and many other uses.  This is a  once a year great event.
We at In-House Production wish Jerry and MDA the very best and hope this years donations to MDA is the year they find that cure. The South Point Hotel, Jerry Lewis MDA Telethon is the place to be on this 2010 Labor Day Weekend.
Posted by In-House Production at 8:02 PM No comments:

In-House Production at work:
Sony PlayStation brings their meeting to the Four Seasons at Mandalay Bay Hotel in Las Vegas, Nevada. In-House Production is there to supply Install labor. In-House Production also supplied 20.5" stage trussing to hold the Large Rear Projection Screen Frame built by StageHouse in Las Vegas. Chase Webb was on site to help with all their labor needs from unloading the Trucks to putting together the Screen Frame, Sound, Lighting and Video. Then the strike and loading up the trucks. It was a great event for Sony and a seamless install.

Sony PlayStation packs up the trucks and heads to Texas. This time is GameStop in San Antonio Texas and In-House Production is their suppling labor for this install. Kelly Whitlock is there on site for the load-in. The event was a big hit in Las Vegas and a big hit in San Antonio. The event was without any problems. The crews in both Las Vegas and San Antonio where on top of there game for this install.
There is nothing like having a crew that knows where things go and how they should go together without having to stand over there shoulder. This is the crew we at In-House Production believe out clients should have on their event or production.
Posted by In-House Production at 5:49 PM No comments:

No more need to type the WHOLE NAME (in-houseproduction.com). STOP!!! TRY THIS -- (ihplabor.com) --. We have made it SO MUCH EASIER. . You can add the name first for emails or www first to get to our web page. We MADE IT EASIER.
Posted by In-House Production at 12:28 PM No comments: 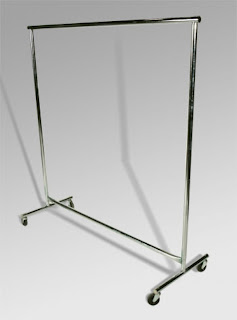 So when was the last time you needed to rent some GARMENT RACKS. In-House Production has daily, weekly or monthly rental. This is only one of the many things that we have to rent. 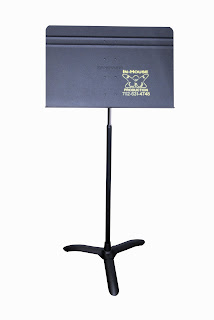 Music Stands with or without lights.