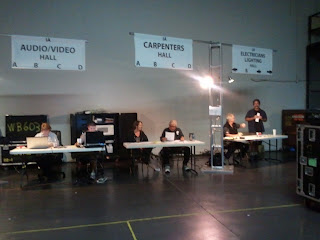 Blizzard Entertainment does it again.        BLIZZCON 2011
And again, In-House Production supplies labor for the event of the year. Anaheim Convention Center bulges at the seems as BlizzCon takes over 4 large halls A, B, C, and D as well as several of the meeting rooms.
From roles of table with 100's of computers and all the games that Blizzard develops, all in one place with the designers of all the games in one place, costumes from all the games and a runway to show off all the fabulous costumes contest. 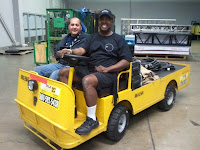 We started laying out the floor in all the halls on Sunday at 5pm and for the next 7 hours layout was tape measures and chock. At 12 midnight Monday moning we started. 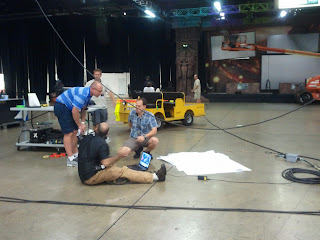 Production Associates was the technical team that put it all together. Michael Thuney was the Technical Director that put this team together. Creative Technology was the Audio and Video team, 4wall took care of all the lighting, Sets built bu FRST, Direct TV was all over the center and on show days, Friday and Saturday had live feeds in all the halls. 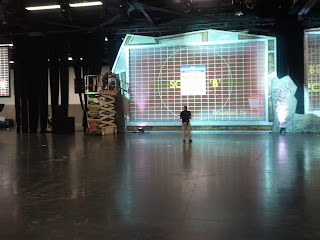 In House Production supplied all the added labor needed for Creative Technology, 4 Wall and FRST. 504 was the IATSE Local stagehand labor union that we used for our labor. We had labor from 504, 33, 720, 707 all working through 504. We signed a labor contract with the International to divert al union benefits to the workers local union. 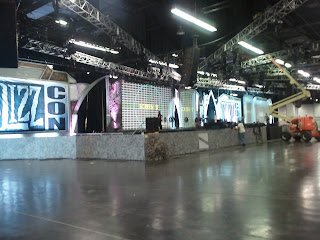 What a great show. Started Monday morning and by Wednesday we were all ready or Thursday rehearsals for Friday opening day. The show started Friday at 9am with crowds of gamers running in. Show went from Friday through Saturday and at the end of Sunday night, all the halls were emptyas everyone and everything was gone.


Posted by In-House Production at 9:05 PM No comments: